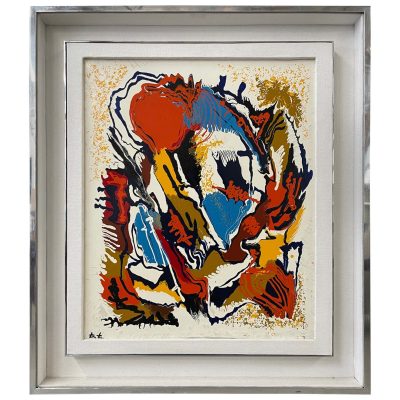 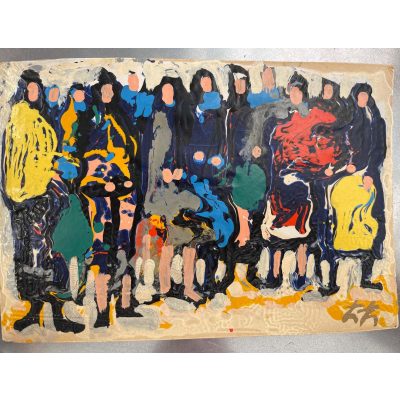 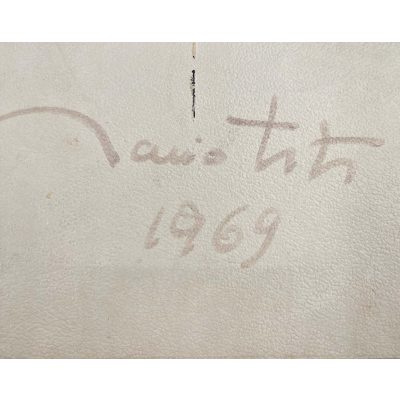 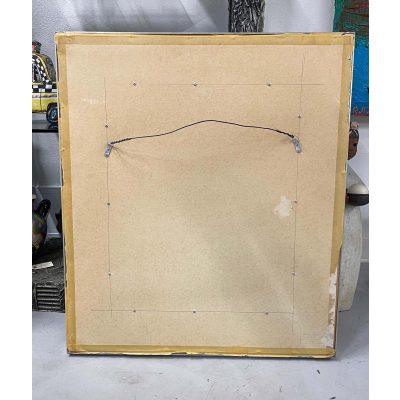 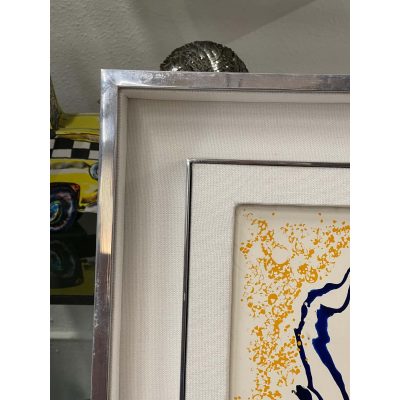 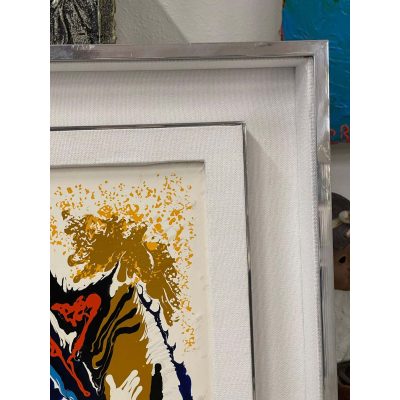 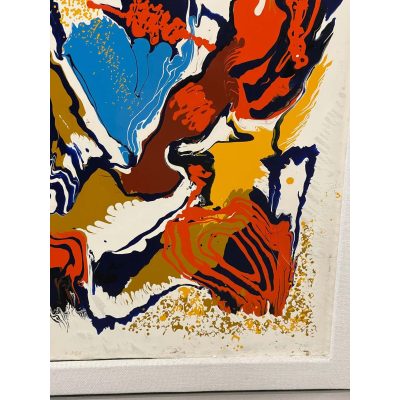 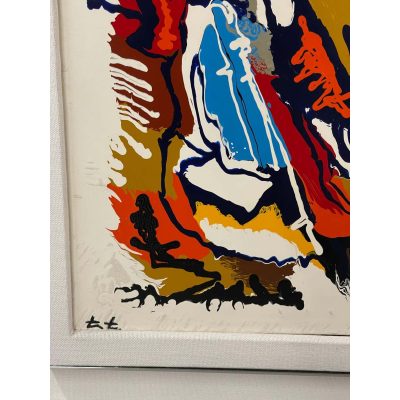 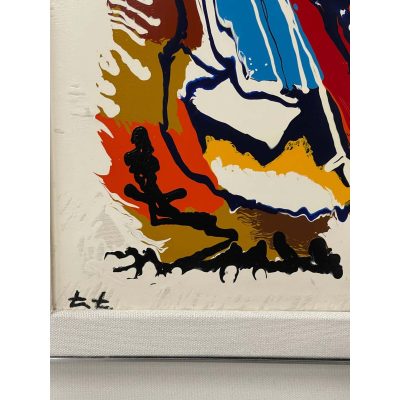 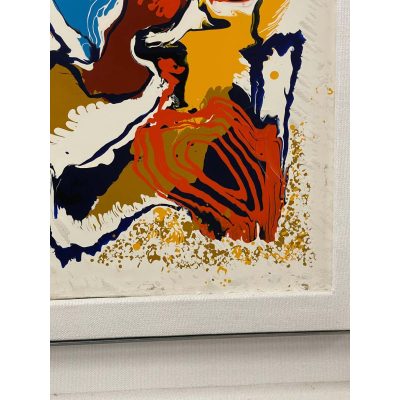 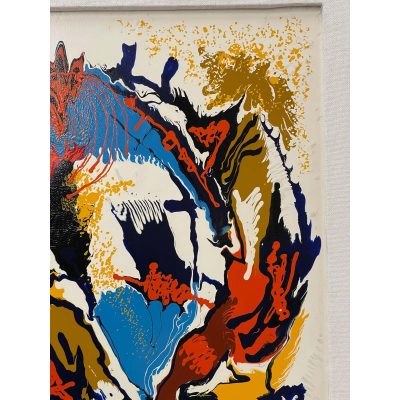 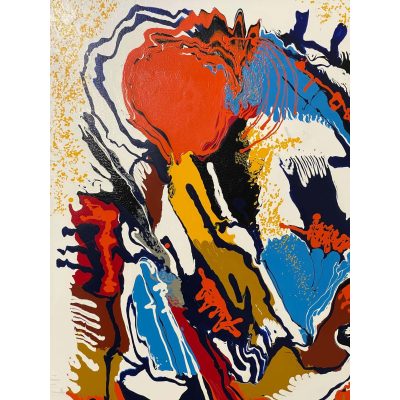 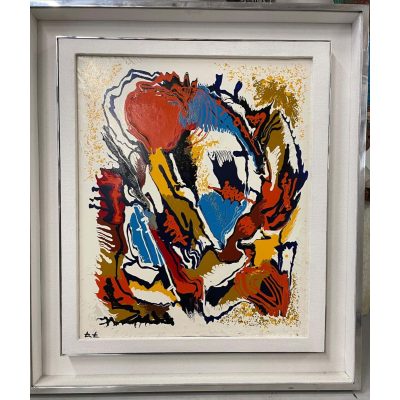 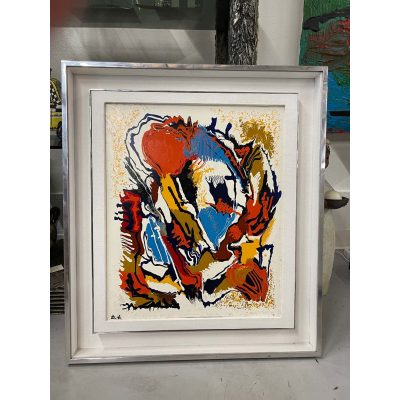 Abstract painting by the noted Italian artist Mario Titi. From a prominent Palm Springs estate. We have an associated smaller painting that is signed on the verso in script, with the artist’s full name. This painting is signed Titi on front. It is framed in a metal period frame that is quite elaborate with an inner metal part. The frame has some scratches on it and could be polished. The liners are not perfect but it is period so we left it as is.
From Wikipedia the following;
Mario Titi (1921-1982) was a painter of the Roman and Castelli Romani artistic scene of the 20th century; his works are shown in churches and museums of the Lazio, and all over the world. The artist frequented from a young age the academy of Belle Arti of Rome, sticking to the futurist movement. He was a follower of Tato (Guglielmo Sansoni) and then of Pippo Rizzo. In the Vernissage of Rome, Naples and Frascati he exposed for the first time works with a new technique, the “Drip painting” exploited by Jackson Pollock, soon becoming the Italian leader of the style.