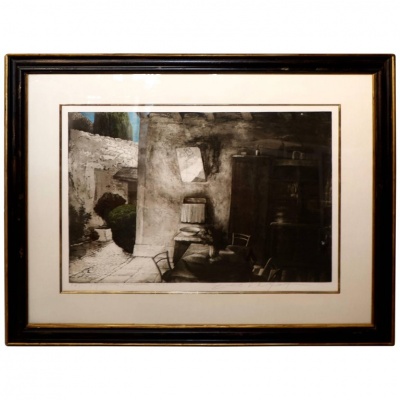 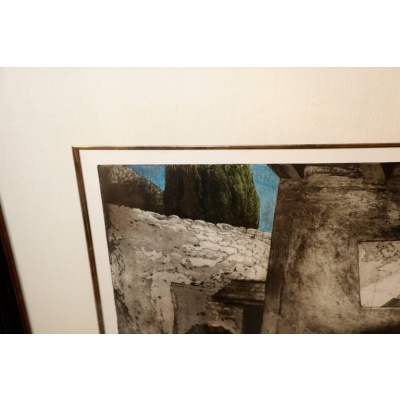 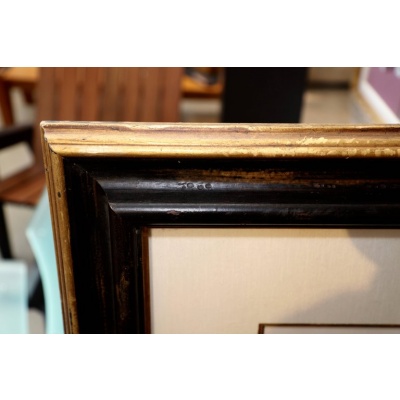 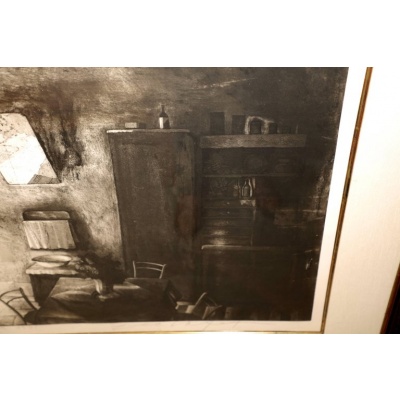 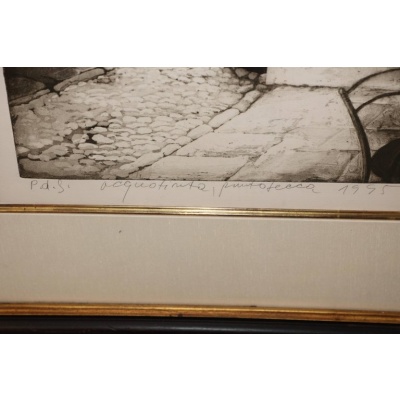 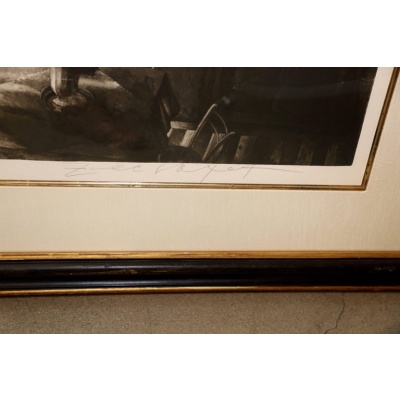 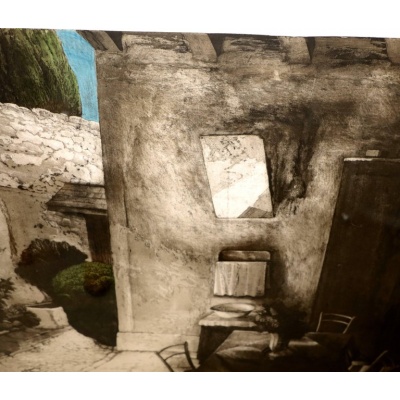 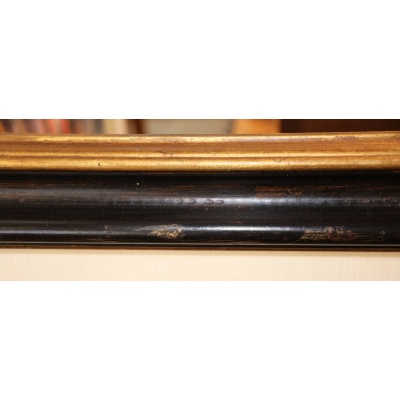 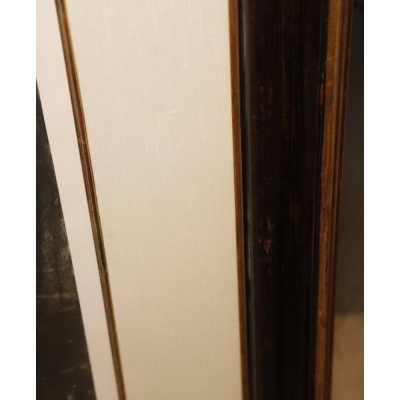 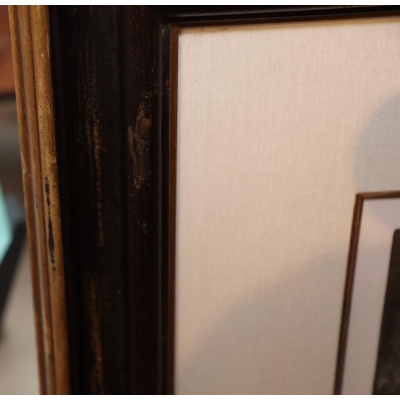 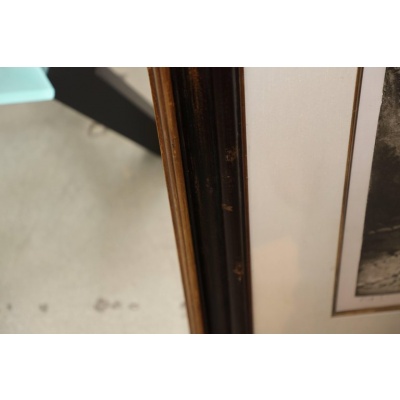 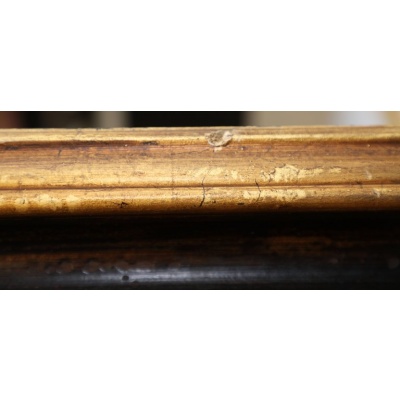 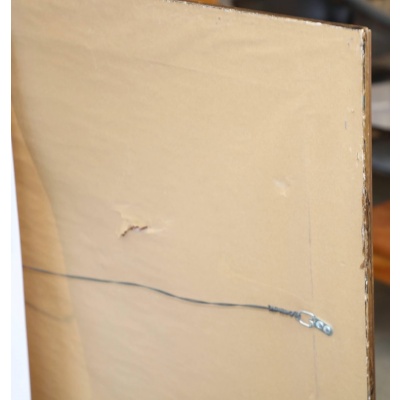 A beautiful aquatint dated 1995 by the noted Bosnian Artist Safet Zec. It is in a magnificent frame with a linen liner and gold surround. The frame has some losses and been retouched. The acrylic has some scratches as well, which can probably be buffed out. Sight size is 41 inches wide by 29.5 inches tall. Overall frame size is given below.
A brief bio from artist’s website:

Safet Zec was born in Rogatica, Bosnia-Herzegovina, in 1943. After completing Art High School in Sarajevo, he continued his studies in Belgrade where he graduated at the Academy of Fine Arts in 1969. In 1972 he obtained his postgraduate diploma. He went on to become an exponent of the recent art style known as “Poetic Realism”. Since 1992 he’s been in Italy and since 1998 he has his studio in Venice near San Francesco della Vigna’s church. Exhibitions in his country and all over Europe are many.
Some of the most recent exhibitions:
“Engraved Works” retrospective of drawings and engravings at the Villa Manin di Passariano (2013);
“Masterpieces out of Time” important personal exhibition at the Rotonda di Via Besana in Milan (2012);
“The Power of Painting” anthological exhibition at the Correr Museum in Venice (2010).
Today he lives and works between Sarajevo, Pocitelj, Venice and Paris. His engraved work counts more than 250 plates.